Union of Shakti and Shiva

No matter what religion or faith one follows, Kundalini awakening is essential for spiritual advancement and ‘self realization’. It may be termed differently in different cultures, but the concept of primal energy remains the same. Just like the potential  / static energy in the river can be converted into kinetic / flowing / dynamic energy which in turn can generate electric, magnetic or mechanical energy, the primal energy  (kundalini Shakti) remains in a static form in our body at the Root Chakra level unless awakened. Needless to explain the benefit it showers while ascending upwards through the Chakras from Root to the Crown after getting activated. We all know that energy, in dynamic state works wonders. Since this energy makes its upward journey like serpent, through the Chakras, it is essential to ensure that the Chakras are open to make way for this soul-stimulating energy. If the Chakras are blocked, the serpentine energy is not able to reach its destination (Crown Chakra ) and eventually descends down to the Root Chakra once again. As per Hindu scriptures, ‘Kundalini’ is synonymous with Goddess Shakti. ( wife of Lord Shiva) whose ultimate goal is to leave the root chakra and ascend towards the Crown, which is said to be the abode of Lord Shiva. The Rising of shakti towards her celestial spouse has been portrayed as a journey filled with Joy and ecstasy and after uniting with Lord Shiva, She resumes her downward journey towards the root and as she travels back through the Chakras, the whole body bathes in the Shower of her love, eternal bliss and inexplicable joy. It’s an experience whih is hard to explain in words. 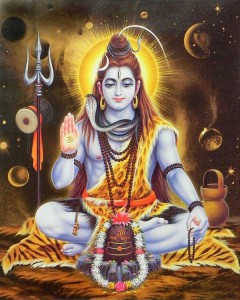